Here are the big new songs we know about so far being released on Friday 13th August 2021: 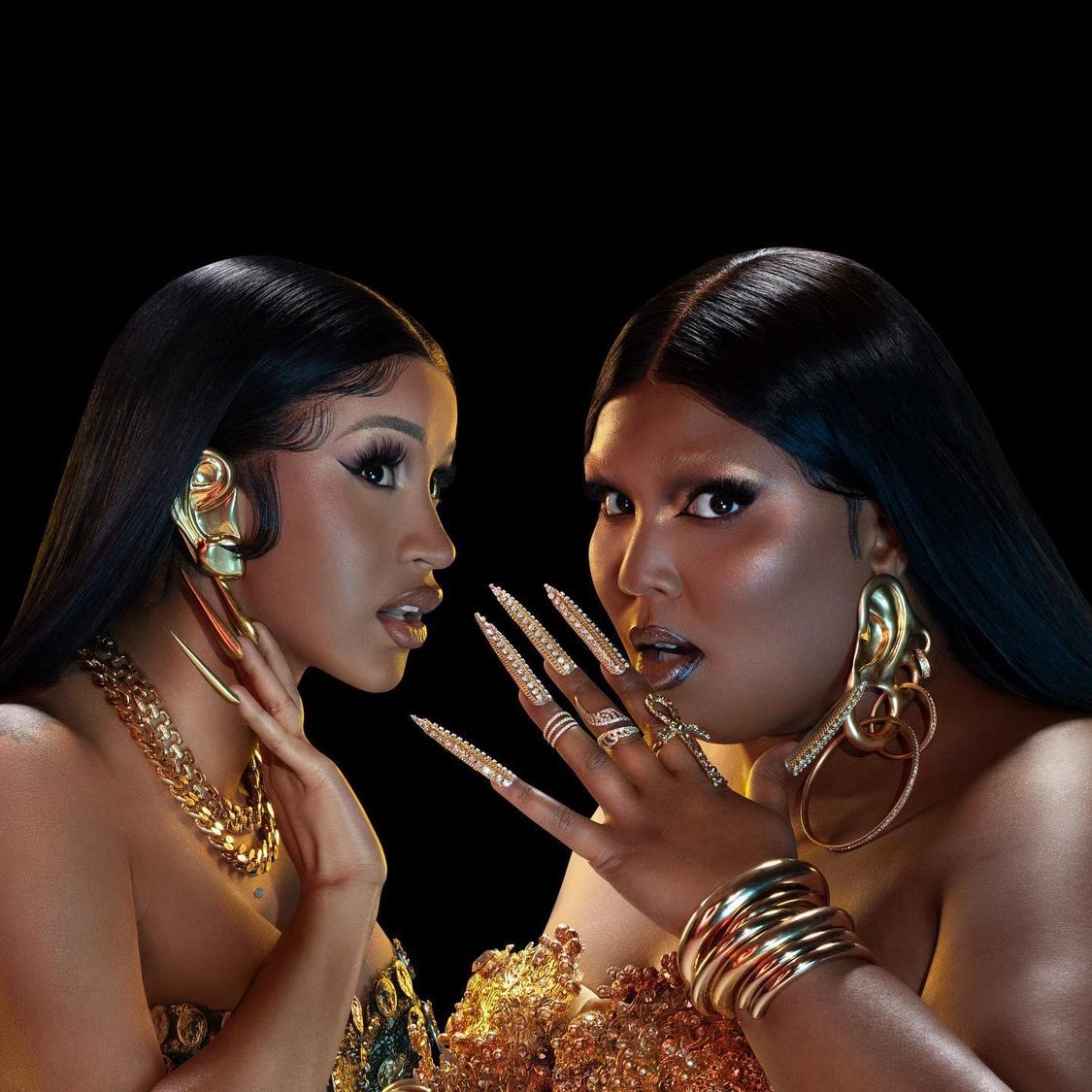 Lizzo – Rumors (feat. Cardi B)
Lizzo returns with her first new single since 2019 and teams up with label mate Cardi B for a feature. The collaboration was revealed in an Instagram post of a FaceTime call between the singers.

Sophie Ellie Bextor & The Feeling – While You’re Still Young
This collaboration is taken from the forthcoming soundtrack to the movie version of Everybody’s Talking About Jamie. It’s Sophie’s first release since Songs From The Kitchen Disco last year, and sees her teaming up with her husband Richie Jones’ band The Feeling. His bandmate Dan Gillespie Sells wrote most of the music for the film and the original stage show.

Elton John & Dua Lipa – Cold Heart (PNAU Remix)
Is anyone going to do a song on their own this week?! Elton and Dua are teaming up for this new single which based on the teaser clip sounds like a mash-up of Elt’s ‘Sacrifice’ and ‘Rocket Man’ put together by Aussie dance act PNAU. Could this one be an unexpected end of the summer smash?

Joel Corry, Jax Jones, Charli XCX & Saweetie – Out Out
Oh this is getting ridiculous now. How does anyone make any money!? Anyway, this supergroup of sorts have teamed up for a reworking of Stromae’s 2010 hit ‘Alors On Dance’ which certainly seems like the sort of thing you might want to hear when going Out Out doesn’t it.

Lady Gaga confirmed the existence of a much hoped for Chromatica remix album on Twitter yesterday and now we have a rumoured tracklist from genius.com If it is to be believed the album will feature collaborations with Grimes, Rina Sawayama, Ashnikko, Charli XCX and many more. No release date or lead single from the album has been confirmed yet but we feel that must be days if not just hours […]

Gogglebox and Bake Off Among TV Choice Award Winners

Sign up for a weekly email of the biggest queer entertainment news, streaming recommendations and live show alerts: